This project was inspired by the chaotic, yet beautiful nature of organic creatures. I wanted to create an interactive experience that used this theme as a gameplay mechanic. 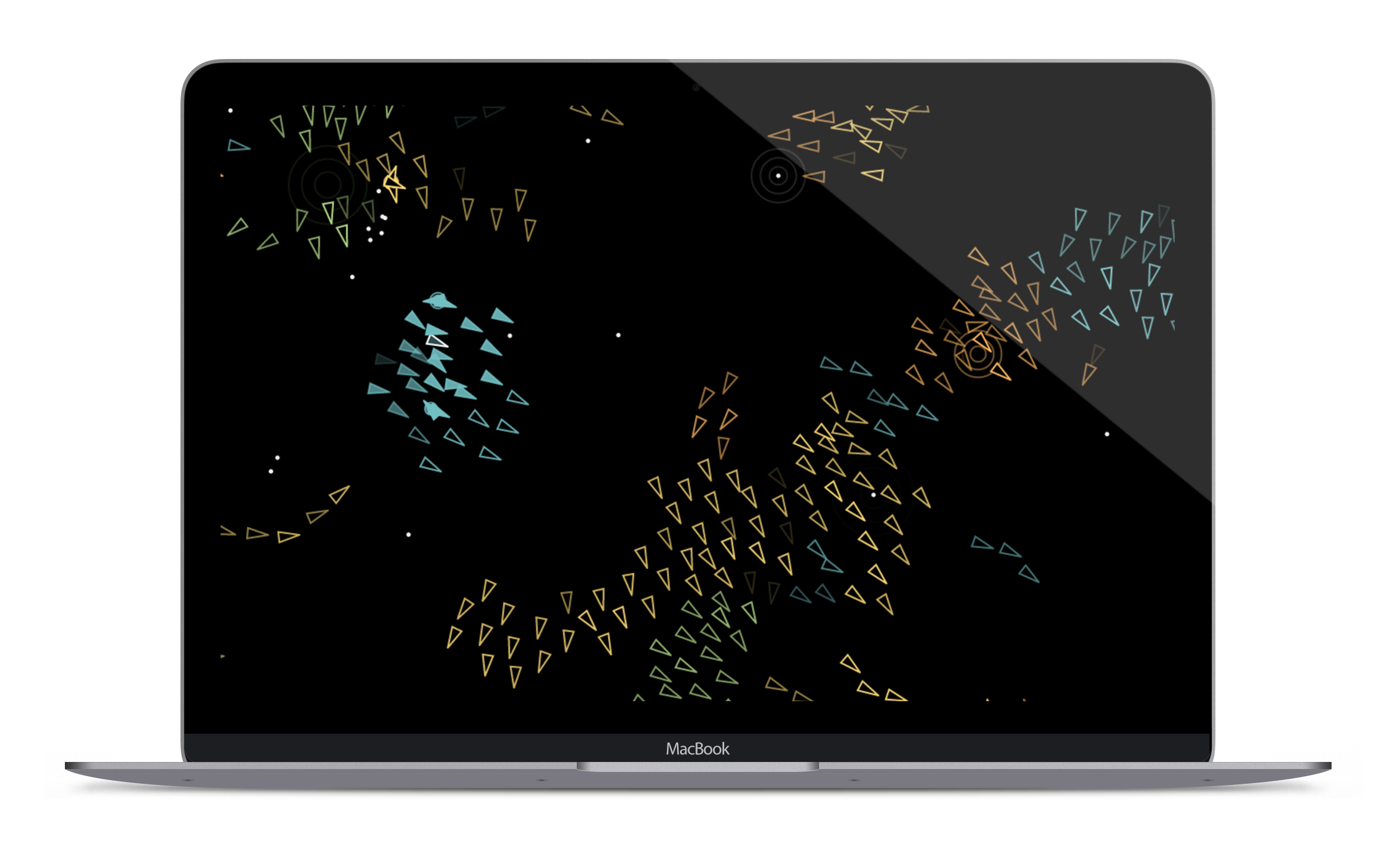 "A significant property of life-like behavior is unpredictability over moderate time scales... It would be all but impossible to predict which direction they will be moving (say) five minutes later... This property is unique to complex systems and contrasts with both chaotic behavior… and ordered … behavior. This fits with Langton's 1990 observation that life-like phenomena exist poised at the edge of chaos.”

This project is inspired by Craig Reynolds' research in modeling flocking behaviour. Reynolds was influenced by the animal motions of flocks such as birds, or fish schools. Reynolds referred to his generic simulated flocking creatures as Boids. You can see his original research and code on his website. 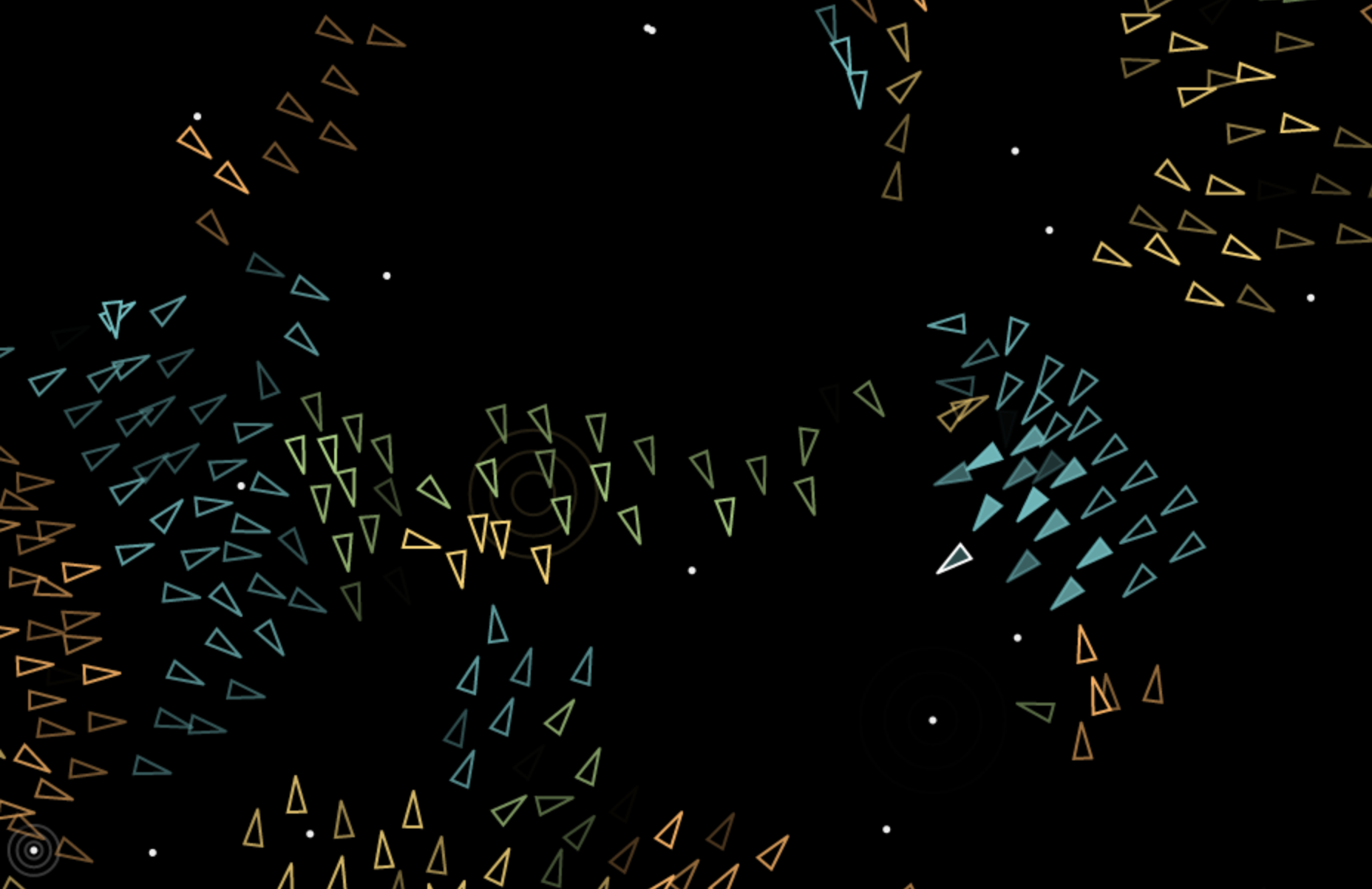 Particularly fascinated by the nature of swarm and flocking behaviour, this project took after Craig Reynold’s work emulating the behaviour of organic creatures.

When thinking about game mechanics, I wanted the experience to instill a sense of 'companionship' with the other creatures in your swarm. Forcing the player into a movement scheme similar to his neighbors, the project aimed to emphasize the application of influence to surrounding boids to impact the game state.

Written in Processing, and ported to Processing.js for use on the web.

See the project on GitHub